In December 2017 our Brazil team held an end-year meeting with our beneficiaries to discuss the progress in their own businesses and challenges for 2018. 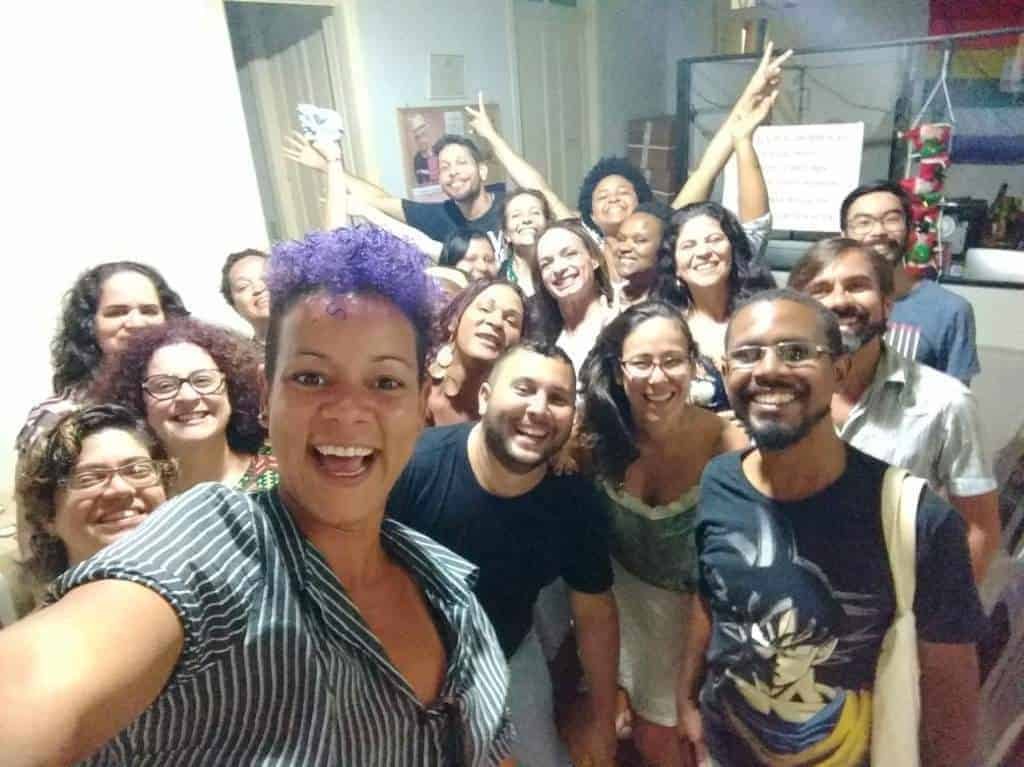 On 11th December 2017, MRI’s Brazil team held an open meeting with all participants in the Brazil Project. As well as socialising, the meeting was a space for debate and for updating the status, challenges and needs of beneficiaries’ businesses. The monitors Isa Colluci and Isaac Lima conducted the conversation about LGBT networking.  Leidmar Verneque, instructor of the entrepreneurship course, and MRI Brazil coordinators Ivana Ribeiro and Clarisse Kalume also facilitated the meeting.

The main issues discussed were collated in a document and shared with the participants. The document also suggests potential actions to help them succeed in their businesses in 2018 and how to strengthen the network they built among them over the three years of the project. The main outcomes from the discussion are described below:

We discussed not only the benefits and effectiveness of professional networks, but also the importance of ethics, empathy and involvement in professional relations. A quality network presupposes real bonds and investments by clients and colleagues, effective care with each of them, without opportunism or immediacy. There was also an exchange of experiences and resources, mostly online networks, where identity networks were cited as one of the most powerful tools.

Inspired by these initiatives, project participants have created their own LGBT entrepreneurship networks, such as the Pink at Work platform. Former students Isa Colucci and Isaac Lima launched the platform at the 2nd entrepreneurship course class graduation. Another network is the recent “Indique uma Pessoa Trans” (Indicate a Trans Person), created by Andréa Brazil during the Trans Visibility Month (2018). Andrea is the monitor of the 5th entrepreneurship class and Astra Rio’s president.

The group carried out a mapping of needs and reinforced the importance of detailed planning which allows for efficient use of invested resources and avoids the risk of indebtedness. The discussion was moderated by economist and instructor Leid Verneque. The MRI team is negotiating with other institutions for micro-credit opportunities to help our alumni expand their businesses.

The vital issue of marketing was intensely considered. Once again, participants who make use of media to disseminate their products and services shared their experience. In the second semester of 2017, MRI promoted the participation of LGBT entrepreneurs in two sessions of the “Facebook Marathon”. This was a workshop dedicated to businesses making the best use of the dissemination tools of this social network. In addition, MRI is planning a free course on digital marketing for April 2018, due to the great demand from project beneficiaries.

Throughout the meeting, sensitivity, mutual commitment and accurate perception on the needs of owning a business arose frequently. It demonstrated the empowerment of a proactive LGBT entrepreneurship network as a project legacy. Renan Carvalho, a beneficiary and collaborator of the project, offered support on digital image consulting to colleagues. Other expressions of support and cooperation were made among the participants. One suggestion was the creation of collective purchasing networks for common products and workspaces. With the beginning of the 5th course, in March 2018, this network will grow even further. It will bring new horizons and contributions to an entrepreneurism with resistance and an LGBT identity in Rio.