On May 2022, we started our 9th small business training for low-income LGBTQI people in Brazil. Find out how the selection process went and how we hope to support 42 entrepreneurs across all regions of the country, including the most vulnerable members of our community, in the development of their small businesses and improvement of livelihoods. 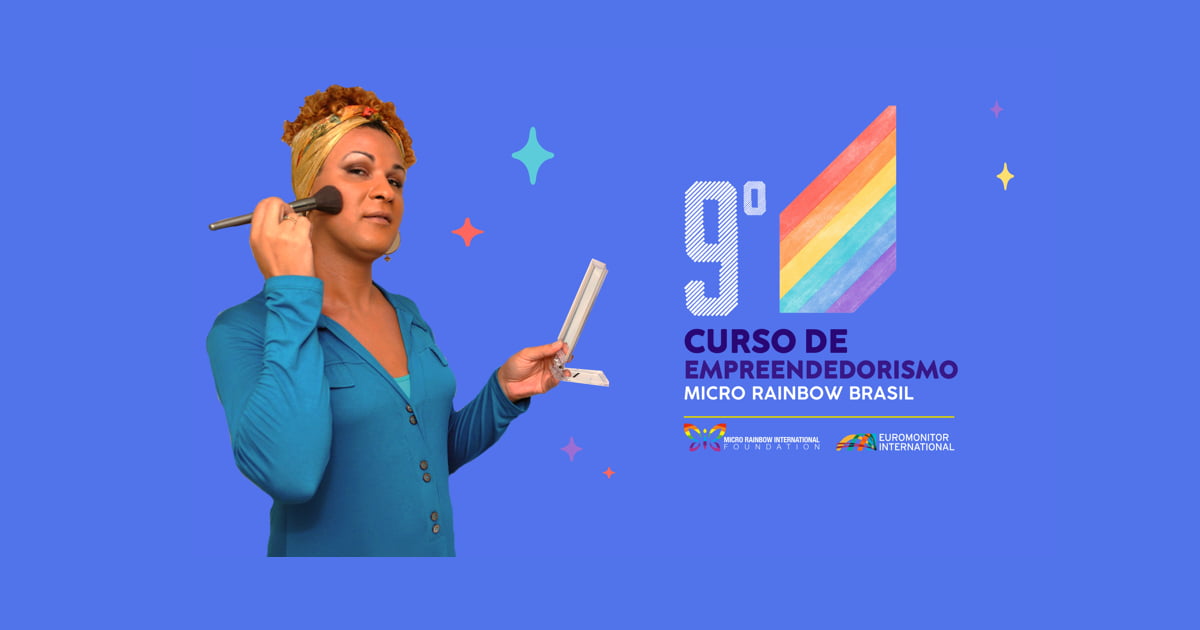 In May 2022, Micro Rainbow International Foundation started its 9th small business training for low-income LGBTQI+ entrepreneurs in Brazil. The initiative is financed by Euromonitor International and we received 293 applicants from all states in Brazil, except for Acre and Tocantins.

In this edition, we adopted a regional dissemination strategy aimed at encouraging applicants from the northern states of the country, which lack initiatives aimed at the LGBTQI+ community and had a low number of registrations in the previous training. Therefore, we partnered with trans singer and plastic artist Wendy Lady Oha, who has great influence in the state of Amazonas and surroundings and published a series of videos advertising the training on her social networks. We received a significant number of candidates from the region, totalling 52 applications, against only 27 in the previous edition, guaranteeing a better regional balance and a more effective entry into territories lacking support for LGBTQI+, after all there has been a huge concentration of initiatives and efforts in the South/Southeast region.

The call for applications was also shared on social media by many of our partners in Brazil, including LGBTQI+ organisations, activists, allies and former students. Thanks to the kind support of a participant from the 8th training, Deivide Pazzato Dias, the registrations were further announced on Scruff Gay Blog and its social platforms.

Our team pre-selected 130 candidates, who were invited to submit videos explaining their businesses and reasons to attend our training. A total of 42 students were selected[1], including:

As diverse as the group are also the types of business, which include handicrafts, tattoos, gastronomy and confectionery, fashion, aesthetics and beauty, art and literature, doula, tourism, holistic therapies, delivery services, in addition to commerce and social businesses aimed at both the LGBTQI+ community and other minority groups.

Supporting the most vulnerable ones

In addition to receiving more applications from the North region, we maintained our goal to support those in extreme social vulnerability and increased the interiorization of the project, reaching remote regions where invisibility and lack of support networks for the LGBTQI+ community prevail. We have also selected people with disabilities and chronic diseases, single mothers, practitioners of Afro-Brazilian religions, among other stigmatizing identities.

In addition to the fact that 96% of the selected participants are living in poverty or extreme poverty, it is important to highlight an alarming reality: all participants have suffered economic, human and/or emotional losses and are in the process of recovering from the pandemic period, thus in urgent need of generating income and taking care of their physical and mental health. Entrepreneurship continues to be a huge challenge in Brazil to which many socioeconomically vulnerable people have been pushed every day without skills and technical support. For LGBTQI+ people, the barriers are even greater and the country’s unprecedented political and health crisis greatly threatens hard-won rights, affirmative policies and inclusive initiatives. The intense demand for our 9th training indicates that upskilling and networking opportunities need to be multiplied and expanded to guarantee improved livelihoods and basic rights to a historically excluded, persecuted and marginalized community. The experience we have acquired since 2015 enables our team to constantly review our tactics and improve strategies to support our beneficiaries in fighting for their right to exist, to live with dignity and dream of a better future.

[1] The discrepancy between the total number of selected (42) and the total of identities described (45) occurs because sexual orientation and gender identity are considered separately in our application form and some candidates have multiple identities. An example is a student who is a bisexual trans man and is included in both the bisexual and trans men sums, as these dimensions cannot be overlapped.