Winners of an entrepreneurship award in Brazil 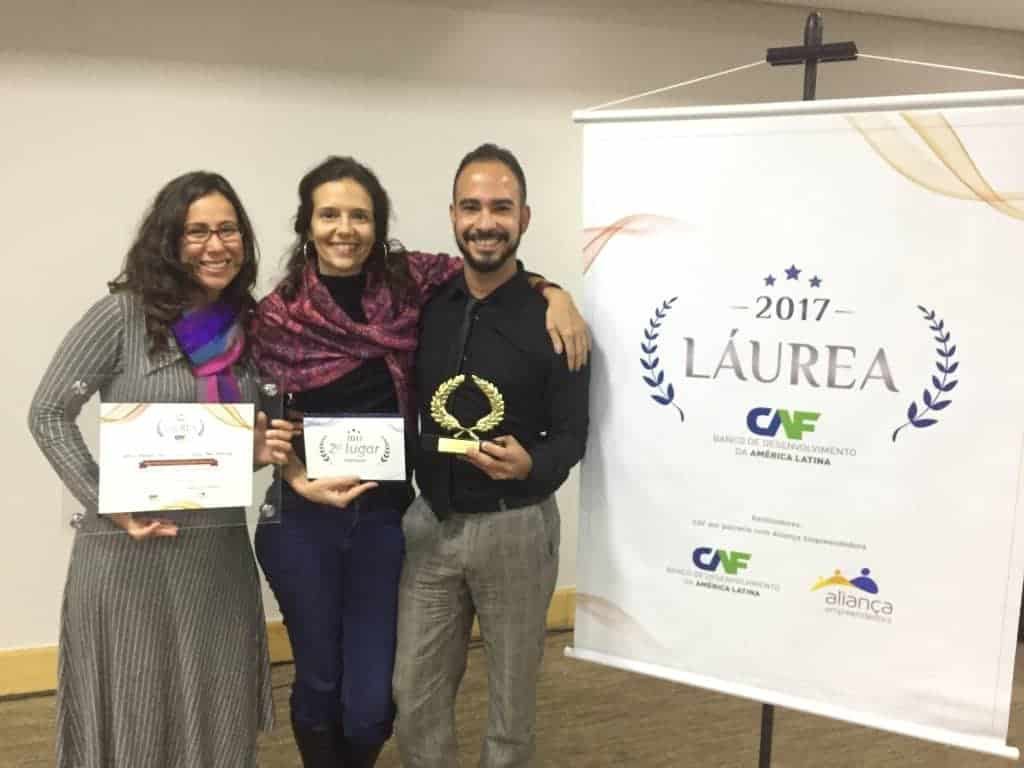 The Micro Rainbow Brazil Project received the Láurea CAF 2017 award, which acknowledges the best initiatives in support of micro entrepreneurship in Brazil promoted by the Latin American Development Bank – CAF in partnership with NGO Aliança Empreendedora. Our trainings, monitoring and contributions to low income LGBT entrepreneurship in Rio since 2015 were highlighted as positive and innovative practices to encourage micro entrepreneurship in the country. The contest finals took place in Brasília on the 27th and 28th July and the other finalists were Feira Preta, GOMA, Banco do Empreendedor, Rede Mulheres que Decidem and ANPECOM.

How the award works

Earlier this year, Aliança Empreendedora mapped and identified around 900 initiatives which supported entrepreneurship all over the country. About 500 of them were invited to apply for the award and were assessed based on their impact, innovation and sustainability/future plans according to proportionality criteria. The judging panel was composed of six renowned experts on the topic, including CAF and Aliança Empreendedora representatives.  The first three organisations awarded were invited to attend the mapping release in São Paulo in November 2017 and the winner will participate in the Global Entrepreneurship Congress (GEC) 2018, in Istanbul, with all expenses paid.

At the final ceremony in Brasília, one representative of each finalist organisation had the opportunity to make a 10-minute pitch. After which, the judges asked for further clarification about the initiatives, including the selection criteria. MRI’s project manager, Lucas Paoli shared the history and highlights of the Micro Rainbow Brazil project, as well as its main tools and impacts. Since the first entrepreneurship course over 80 new LGBT entrepreneurs have opened small businesses in a wide range of areas such as cooking, education, IT, civil construction and many others, setting out positive examples that LGBTI professionals can be more than hairdressers, sex workers or artists. We also emphasized the multiplier effects of the project, such as spontaneous networks created by the students. Some businesses were presented as case studies, like Fábrica da Preta, a catering service founded by a student who only employs black and transgender women, showing how our project has changed many lives for the better.

The other awarded initiatives were Rede Mulheres que Decidem (3rd place), a network of 36,000 women entrepreneurs based in São Paulo and the winner was Feira Preta, one of the biggest black pride events in Brazil, which gathers more than 900 Afro entrepreneurs. The organisations awarded show that, as well as a merit award, the social relevance of the initiatives was also recognised, especially considering that all of them are dedicated to the empowerment and support of the most vulnerable and historically marginalized groups in Brazil. 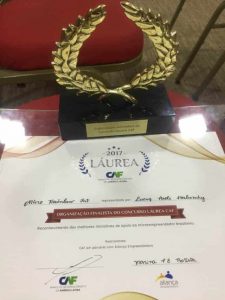 The Micro Rainbow Brazil Project is funded by the European Union. Learn more at Facebook