Ian is a trans entrepreneur from Brazil who joined our training during the pandemic in the hopes of improving his business skills. Find out how he managed to expand his business, open his own vegan restaurant and increase his income more than 10 times in less than a year. 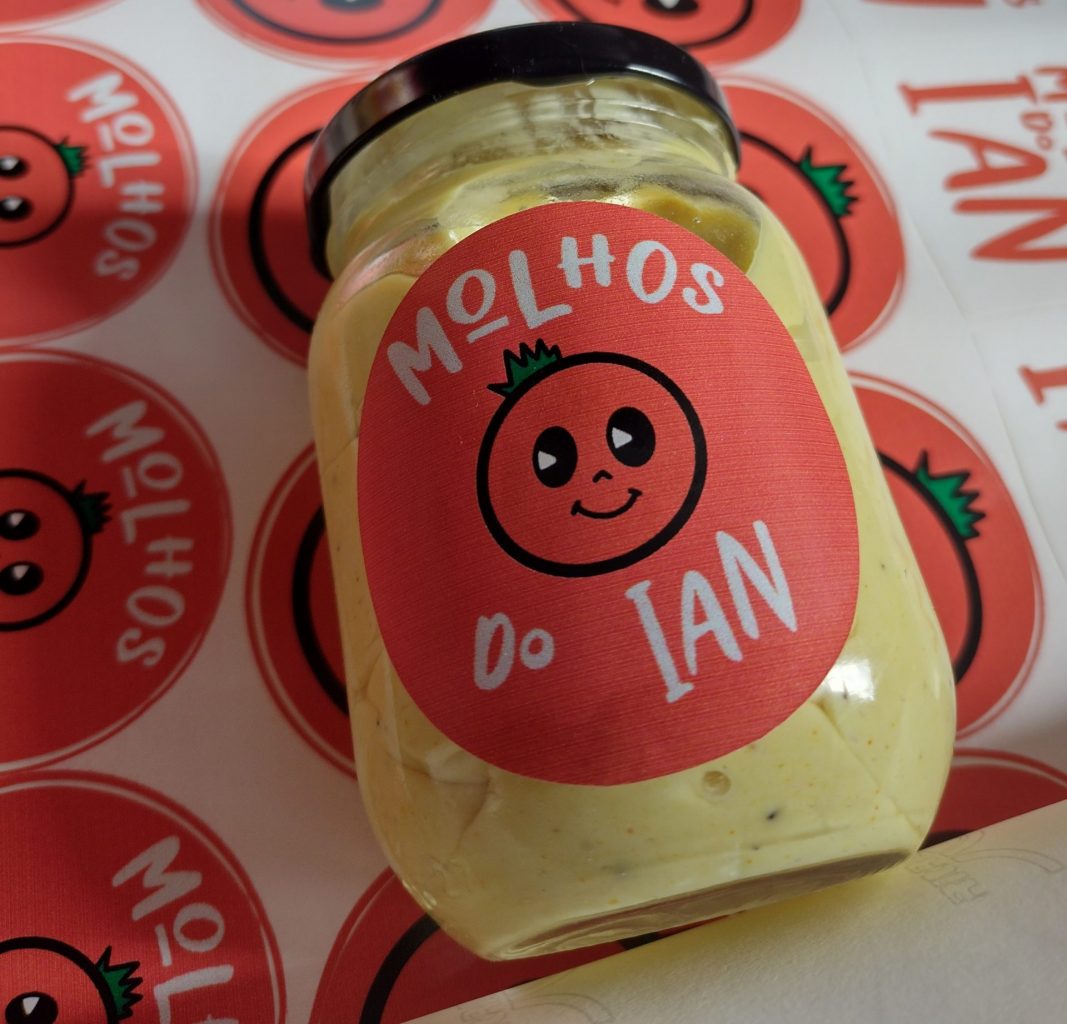 Ian Pontes Ferreira is a young trans man living in Porto Alegre, in the south of Brazil. As with many trans people, he has unfortunately experienced disrespect for his gender identity and social name on numerous occasions. Despite facing many types of prejudice, Ian managed to find a job as a cook but lost it early in the pandemic.

Passionate about cooking, he decided to make his own sauces, antipasti, and other products in order to pay his bills. Living in a state where barbecue is the main dish, Ian risked producing only vegan products and sold them on Instagram. He had always dreamt of having his own business but did not have the skills to become an entrepreneur. The idea came as the only way to survive the pandemic at a time when bars and restaurants were closed and there were no jobs available.

Challenges to starting a business

Despite cooking in an improvised way in his own kitchen, Ian did not compromise on quality and used fresh organic products and recyclable packaging. However, the domestic kitchen imposed limitations on the quantities he could produce, as well as on the storage of products and raw materials. Although he was managing to sell well, he was still not earning enough to make a living. He knew there was something he needed to do to improve his business and that’s why he signed up for MRIF’s 8th small business training.

It was not easy for him to find time to study while working in such a time-consuming market as food production, but he saw the need to build his entrepreneurial skills. During the training, he also realized a serious issue with his customer base. Although he gradually created a loyal clientele, his main customers lived very far from his house. The delivery cost resulted in more expensive products and reduced last-minute purchases, which would be essential to increasing his income.

Moreover, Ian was working alone and to his full capacity, which meant compromising his health and well-being. The income obtained was barely enough to pay his bills and he could not afford to build emergency reserves or invest more in the business. On one occasion, during our training, Ian had an accident at work and had to take a short sick leave. The damage to his business was immense.

This episode showed how fragile and dangerous his situation was. Despite having excellent products and a variety of customers, he needed to find ways for the business to grow. However, the current economic and political environment in the country is not favourable to micro entrepreneurs. The main sources of credit have very high interest rates, which increases the risk of indebtedness.

The success of opening his own physical restaurant

Due to his outstanding participation in the training and submission of a very well-structured business plan, Ian was one of the students to whom Micro Rainbow awarded seed-capital to invest in their businesses. He also received support from the team to improve his management tactics and identify his business priorities. The first step was to move the production unit closer to his customers. Since the investment was not enough to cover all expenses, Ian established a work-housing partnership. Along with acquaintances, he rented a space with two kitchens, one for the residents and one for the business. The seed-funding also guaranteed a small renovation, the purchase of industrial equipment and more stock for production, as well as hiring freelance workers, including trans and transvestites. As a result, production capacity increased considerably, meaning an increase in sales and customers.

Soon after this move, there was a return to in-person activities and he noticed a considerable drop in delivery sales. Therefore, he sought a partnership with another entrepreneur who already had a space available in a strategic location close to his clientele. Thanks to Micro Rainbow’s investment, Ian revamped his logo, created a full vegan menu and formalised his business under Brazilian law. He also began selling his products at various events in the city, such as fairs and parades, and invited independent artists to exhibit in his restaurant. Before his participation in Micro Rainbow training, his monthly income ranged from R$1,500 to R$3,000. Nowadays he earns between R$35,000 and R$40,000 a month and has finally fulfilled his dream of employing 10 trans people.

A breath of hope

Ian’s success story exemplifies what happens to many entrepreneurs in Brazil. Everything he produced was excellent and he had found his niche of consumers. However, his peripheral location did not favour delivery logistics and many potential sales were lost. Moreover, his production capacity was reduced and fragile by his being the only worker in the business. His exhaustion compromised his physical and mental health and, consequently, his sales. This is a common fragility for small entrepreneurs, who have no one to share activities and challenges with, resulting in a huge pressure on the individual who finds himself alone trying to generate his own income and being solely responsible for his failure or success. Any kind of misfortune that forces the entrepreneur to stop production for a few days causes enormous damage, as happened to Ian. The solution he found was to build his business skills and he realised during our training, it was time for him to overcome his fears and expand his business, if he wanted to succeed.

Ian explains that not only did MRIF’s seed-capital allowed his business to grow but also “helped me believe in my potential as an entrepreneur and overcome the challenges of being a visible trans man within an extremely transphobic society”. Furthermore, it enabled him to help other trans people to secure an income and formal employment. He hopes to continue expanding his work, hire more LGBTIQ+ employees and host artistic events as well as entrepreneurship workshops for trans people living in situations of social vulnerability. When he joined Micro Rainbow’s training, Ian had only two options: grow his business or go bankrupt due to exhaustion. Fortunately, he had the strength and support to grow, the seed-capital came at the right time to endorse his decision and the brilliant results are a breath of hope for all of us.