Macuco, a lesbian craft beer business from the south of Brazil which managed to overcome the damages of the pandemic, boost their sales and expand their brand after attending our first Business Acceleration Programme, in partnership with Meta and Aliança Nacional LGBTI+. 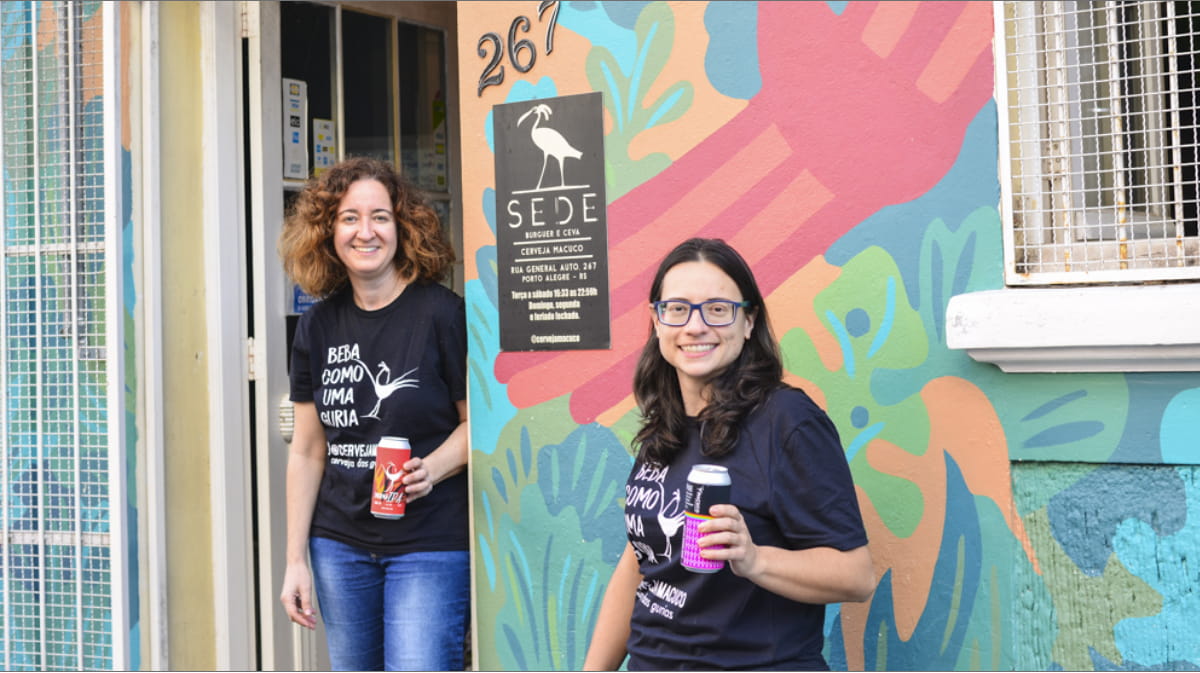 Mica launched herself into entrepreneurship with her partner in 2016, when they founded Macuco Cervejas Artesanais, a lesbian craft beer business. Both came from academia and studied very hard to learn how to produce a quality product. They challenged a mostly male dominant business sector and were the first women in the city of Porto Alegre, southern Brazil, to produce their own beer. In this highly competitive market, they have quality and innovation as their differential, using unusual ingredients, always in line with the identity of the business.

Between 2016 and 2019, the brewery enjoyed steady growth, until the Covid-19 pandemic, which resulted in a drop in sales. Until that moment, at least half of sales were due to participation in events and in the physical store, activities which were affected by social isolation measures. They quickly adapted and created a delivery service, but even so, the billing was reduced compared to the previous period. Unfortunately, they had to shut down the physical store but refused to give up on the business.

During 2021, they invested in improving the management of the company and Mica decided to participate in Micro Rainbow International Foundation’s first LGBTQI Business Acceleration Programme in Brazil, in partnership with Meta and Aliança Nacional LGBTI+. Based on the contents, tools and discussions carried out throughout the programme, Mica and her partner designed and implemented a series of improvements in various areas of the company, from financial management to networking policies. Mica’s participation in the programme motivated them to plan new expansion strategies, including the opening of the second physical store (scheduled for August 2022).

A fundamental learning was the understanding of the importance of delegating tasks, which led to the hiring of their first permanent employee in March 2022. This hiring of a salesperson allowed them to focus on more strategic areas of the company, leaving part of the operational activities to the new employee. Their participation in the LGBTQI Business Acceleration programme also brought greater media exposure which ensured more visibility for the brand and more business opportunities.

All their hard work paid off and, in 2022, Macuco has managed to go further. Twice this year, the company broke its single-day sales record. The first in March 2022, shortly after the end of the Acceleration programme. This record was beaten by 30% in July 2022. The opening of the second store will allow the company’s revenue to double, as the area chosen has a high concentration of the brand’s clientele. The new store will generate two more direct jobs and they decided to hire only members of the LGBTQI community. Mica emphasized:

“Certainly, our two sales records this year have to do with the tools we have improved over the course of the Acceleration programme. We have learned so much about how to be more strategic and delegate activities, so we hired our first permanent employee, which allowed us to have more time to manage the company in other important aspects and achieve a much better business performance!”