The impact of MRIF's 6th small-business course for LGBTI entrepreneurs in Rio de Janeiro and how it contributed to their socio-economic empowerment amid Brazil's crisis. 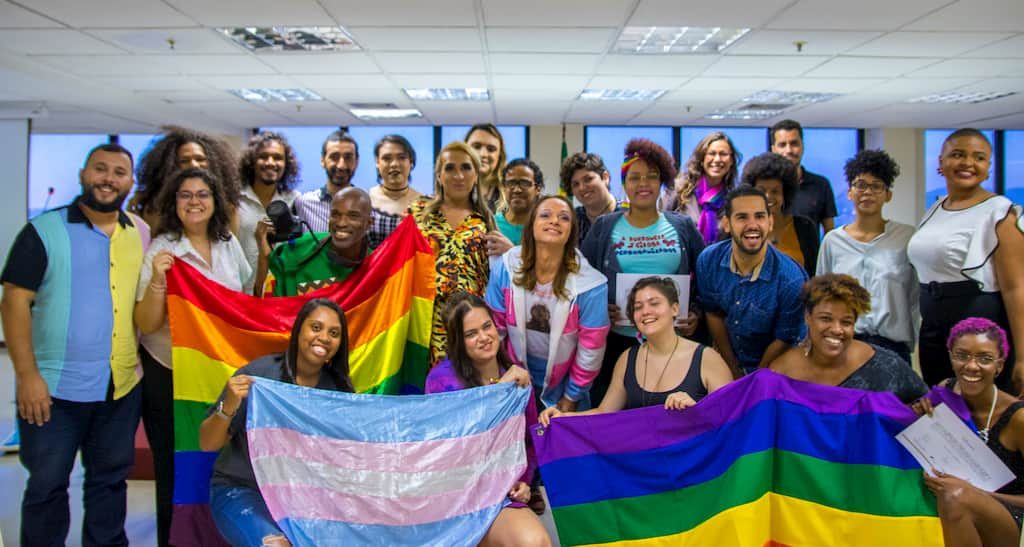 MRIF held the 6th small business course for low-income LGBTI entrepreneurs in Rio de Janeiro between March and June 2019. Also providing support to the students amid Brazil’s crisis. This was in close partnership with CIEDS, Capacitrans and with the financial support of Euromonitor International.

Outcomes of the course

The total number of graduates constitute the most positive outcome in the lifetime of the Micro Rainbow Brazil project. This becomes even more significant when the high levels of vulnerability of the current participants are considered. Monitoring and evaluation of the students indicate:

Significant improvements in their business skills such as formalising of the business, making market projections and coherent pricing were noted.

Given the recent completion of the course, it is still early to analyse its impact on the students’ businesses. Nevertheless, evaluation shows that:

This data was gathered in only two months of monitoring and evaluation. It is significant, considering the situation of socio‑economic vulnerability of these LGBTI entrepreneurs. They do not have easy access to credit or initial capital to invest in their businesses. This is more relevant within light of Brazil’s crisis.

The current political and economic climate in Brazil, is especially difficult for LGBTI people and other vulnerable groups. This impacted directly on our work.

The new president incited hatred against LGBTI during his campaign and the incidence of homo and transphobic violence has increased.

In addition to developing a more robust programme and methodological approach, the time dedicated to psychological support was increased. Individual counselling was also provided to mitigate possible barriers to the completion of the course. This was extremely important since during the selection process many participants reported serious mental health issues (especially depression and anxiety).

Giving support to the students

Throughout the course reports of physical and psychological violence, family ostracism, interruption of academic training, homelessness, homo and transphobic abuse were frequent. However, MRIF was able to provide support to the students and motivate them to invest in their entrepreneurial careers. Many highlighted that the course has been the most important professional qualification opportunity in their lives and the most welcoming initiative they have ever experienced. For some, it was a milestone in their careers and a watershed moment for the development of their businesses and for their socio-economic empowerment as members of the LGBTI community.

The 6th course had the highest number of applications so far. Bringing the total number of applications within the Micro Rainbow Brazil project to more than 600. With approximately 30 vacancies for each course, this shows there is a strong demand and need for more courses. This is particularly so in the face of Brazil’s unprecedented crisis which provides little promise for low-income LGBTI people. Initiatives like these courses will be even more essential to boost the confidence and self-esteem of members of our community and guarantee better work opportunities and living conditions.

“I am deeply grateful for the opportunity to have been part of this Micro Rainbow Brazil’s course. It was a breath of hope in the face of so many adversities and in a terrible political context like the present one. I have learned immensely not only from the teachers but also from my fellow classmates and I really want to strengthen our network and continue supporting each other!”

“I found out about the course from a former student who sent me the applications link. I had not been so excited about a course for a long time and there are not enough words to describe all the exchanges, learnings, pains and joys that we shared in those weeks. In a short period of time, we have grown together as a community and as entrepreneurs, and I consider myself extremely privileged by every step taken with you. I have learned so much listening to the others’ stories and I feel more empowered and inspired to pursue my dreams.”

For more photos of: