Challenges for the Brazilian LGBTI community in 2019

The impact of the election of a far-right and homophobic president in Brazil on the LGBTI community, particularly on those living in poverty. 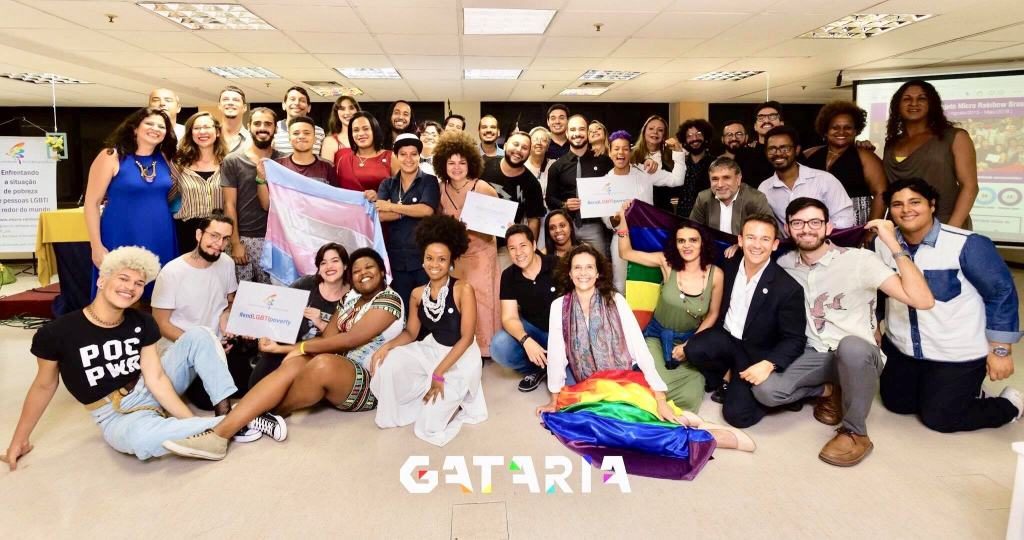 Brazil has just elected a far-right president[1] who was very outspoken against LGBTI people during his campaign and who has made a series of homophobic statements over the years. As a congressman and former army captain, he consistently threatened to revoke LGBTI rights and attacked many of our allies, including one of the country’s biggest LGBTI defenders and openly gay member of parliament, Jean Wyllys.

In the last months, there were reports of several verbal and physical assaults against LGBTI committed by his supporters and a surge of LGBTI haters on social media. The gay dating app, Grindr, sent a message to its users after the first ballot of the elections asking them to be careful and avoid using face photos in their profiles. Activists also issued guidelines on LGBTI self-defence and organised new support groups online.

Such violence and persecution are likely to increase should the new president stick to his promise to protect “the traditional Brazilian family”, continue to incite hatred against LGBTI and black people, feminists and the opposing left, legalize gun ownership and implement other extreme regulations and conservative policies. In other words, Brazil’s democracy and human rights are facing serious danger as the new president threatens to send the country back to the military dictatorship period of 1964-86.

If the elected president implements his massive privatisation programme and other ultra-liberal economic reforms that he promised, to “save” the country from its worst recession in history, the outcome could be disastrous for the poor and will create even more social divisions and marginalisation. For LGBTI people living in poverty, it will mean even fewer formal job opportunities, so efforts to foster LGBTI entrepreneurship will be key to avoiding further exclusion and destitution.

The increasing discrimination against LGBTI in Brazil

Brazil is a complex country when it comes to LGBTI people. Brazilians are globally known for being sexually open and liberated. However, over the last 2 decades, the increase of evangelicals, including in the political sphere, and the rise of extreme far-right politicians mean religious and moral conservativism play a big role in shaping social norms and interactions. There is still a lot of stigma and violence against the LGBTI community, particularly against transgenders and transvestites, and the country ranks among those with the highest murder rates of trans people.

Big cities like Sao Paulo and Rio de Janeiro have changed significantly over the last decade and have become much more progressive and accepting of LGBTI people but this acceptance is restricted to particular areas, neighbourhoods and social classes. The intersections between sexual orientation, gender, race and class produce a series of socioeconomic inequalities which affect LGBTI individuals differently.

Resistance against this upcoming authoritarian and radical regime becomes more important than ever and LGBTI activists and civil society organisations will need to find strategic ways to continue working and counteract homophobic and transphobic violence. At the same time, projects like Micro Rainbow Brazil, focusing on socioeconomic inclusion of low-income LGBTI people, will be even more necessary as this population is very likely to be excluded from any governmental initiative and will face further barriers to stepping out of poverty.

Since 2015, MRI has already supported 200 low-income LGBTI people in Rio de Janeiro to start their own small businesses or improve their professional skills. Thanks to the financial support of the European Union and close partnership with Grupo Arco Íris and other civil society organisations, Micro Rainbow Brazil has delivered five entrepreneurship trainings and facilitated LGBTI people’s access to upskilling courses and employment opportunities.

Interviews with beneficiaries have shown that 88 LGBTI people have significantly improved their livelihoods, finding jobs and setting up small businesses in a variety of areas, such as arts and crafts, cooking, information and technology, cultural production, music, education, photography, construction, among others. The diversity of business and employment skills breaks negative stereotypes and reveals a direct impact of initiatives like this in the socioeconomic empowerment of LGBTI people. Many students have reported considerable increases not only in their incomes and business opportunities, but also in their confidence, self-esteem and acceptance by their families and communities. See our LGBTI entrepreneurship report.

Despite the challenges and the safety issues described above, MRI will continue to support Brazilian LGBTI small entrepreneurs in 2019 through new small business courses and programmes.

Micro Rainbow’s innovative approach was recognised as one of the best initiatives supporting micro-entrepreneurs in Brazil last year. The project Micro Rainbow Brazil won second place in the Láurea-CAF 2017 award given by the Latin American Development Bank together with the Entrepreneurial Alliance.

[1] His name is omitted in solidarity with a strategy adopted by opposing civil society to weaken his popularity during the election campaign. A women’s movement began using the hashtag #EleNão (Not Him) and was quickly backed by activists, celebrities and other movements, which also recommended replacing his name with nicknames on social media as a resistance tactic.